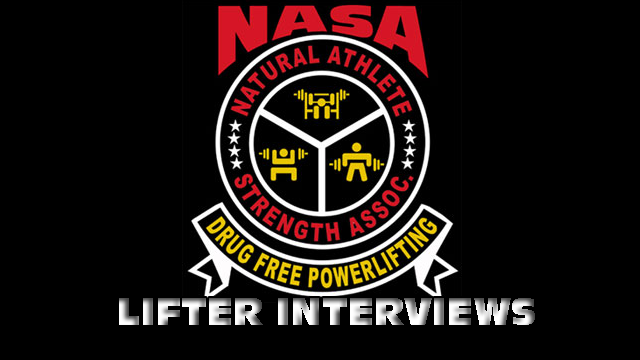 What is your name and where are you from?

Christopher Truoccolo, Originally from the Bronx, NY, but I have lived in OK since 94.

When did you start powerlifting and was there a reason for it?

I started training with a powerlifter in 84 just to gain weight while in the AF, and I wanted to simply be strong. After training for years my former training partner convinced me that I should start competing.

What are some of your best lifting accomplishments so far?

My best to date would be a 562 squat, 380 bench, and 529 deadlift as a Masters Pure lifter UE powerlifting.

What are some lifting goals that you have set for the future?

For me I’d say a 600 squat, 400 bench and 551 or better deadlift. Pales in comparison with other master lifters, but I feel this is realistic for me as an UE lifter.

I do not follow a specific program though I have tried many through the years. As a Masters lifter I simply train how I feel and adjust accordingly. I figured out early that bands, boards, chains only created joint issues for me so I stopped using those techniques. I do train using a variation of what Rich has on the DVD’s. I do accessory work to balance the body, and alternate the heavy and light weeks. I guess my “light” weeks are what are referred to as “speed” weeks.

How long have you been involved with NASA Powerlifting?

Can you recall your first NASA powerlifting competition?

I believe it was the first UE Nationals in 2005…I had been previously training as an equipped lifter, but prior to an earlier NASA meet another training partner I had left me high and dry 4 weeks out. That same year Rich started the UE Nationals so I stopped using the squat suit and bench shirt.

If you could lift against anybody else heads up in NASA who would it be?

What are some of your favorite moments from being at NASA meets?

There are several…competing in the first Pro Power Sport Meet ( I was not a PS lifter but wanted to support it). Another was the Pro Powerlifting Meet where placed and won some money; however being awarded Masters Pure Lifter of the Year at one of the Banquets, and being recognized as an “A” Team Spotter/Loader would be my top moments. I was honored to be selected, and take pride in helping out on the platform when I can.

When can we expect to see you step on the platform again?

The NN’s in Feb 14th, but you will see me spotting and loading at any OKC meet after that, and maybe the Dallas meets.

Is there anything else you’d like to let the NASA Powerlifting world know?

The NN’s very well may be the last meet for me for a while (though I’ve been random already) , and as the competitive side in me is winding down due to various issues…I will be around to help NASA out as often as I can. I really enjoy helping out Rich, Tad, and Devin anytime there is a meet in OK and hopefully Dallas again. NASA has been really good to me, and I feel I have forged some really great friendships with many. NASA is one of the best organizations out there and to lift elsewhere is not even a consideration for me.